NSG 6420 APEA_Endocrine Which hemoglobin A1C level is typically used to diagnose type 2 diabetes. A general term for enlarged thyroid is Presence of pubic hair in girls between age 5 and 8 years is termed Abnormal amount of hair growth over the body is Onset of female breast development Adrenal hyperplasia is the excess production of male sex hormones that results in short height, early puberty and in female’s abnormal genital development. Hypofunctioning of the thyroid gland would lead to all the following disorder except Hyperfunctioning of the thyroid could lead to all the following except A six year old has a history f T1DM and is now experiencing cellulitis of right lower leg. The child present with deep, rapid and unlabored respirations, fruity odor and dry skin. These are symptoms of A 29 year old woman with SLE complains of facial swelling. She is been on prolonged course of corticosteroids. On assessment moon face appearance is noted. She mostly develop Based on the 2 hours glucose tolerance test (GTT), a positive result for gestational diabetes is Examination of the hair reveals a sparse amount with a coarse appearance. This findings may be seen with patient who have If newborn is suspected of having congenital hypothyroidism, which clinical manifestation would be evident? 13 year old girl present with complaints of insomnia and hyperactivity along with gradual weight loss despite a good appetite. She has warm, flushed and moist skin and usually fine hair. These manifestations are indicative if which of the following conditions Bilateral exophthalmos suggest Which of the following is not considered a benign tumor of the pituitary gland A 9 year old girl had a history of tuberculosis when she was 6 year old. She presents with recent weight loss and anorexia. Along with the presenting symptoms, which one of the following assessment findings would be most indicative of addison’s disease. Earliest recognizable clinical manifestation of cystic fibrosis in an infant is salty taste on the skin Symptoms of grave’s disease include Which of the following is not associated with hashimoto’s thyroiditis What is the earliest recognizable clinical manisfestations of cystic fibrosis in a child ---- A common clinical term used to refer to women with an excess growth of terminal hair in a male pattern is : A common symptom noted in patients who have a thyroid goiter is Thyrotoxicosis is most commonly associated with A 20 year old with acanthosisnigricans should be evaluated for When a patient presents with myxedema coma, which one of the following symptoms may be present The appearance of breast development in girls before the age of 8 years is termed Hyperpigmentation of the skin and mucous membranes can be seen in patient who Breastfeeding is contraindicated for an infant diagnosed with which one of the following conditions A hormonal disorder in adult resulting from the overproduction of growth hormones is known as Which electrolytes is regulated by parathyroid gland. Adrenal gland regulates Pineal gland produced Common arrhythmia associated with hyperthyroidism Hyperplasia of the thyroid gland is caused by deficiency of A life threatening symptoms if parathyroid hormone (PTH) deficiency, hypoparathyroidism is The most common cause of death in children diagnosed with cystic fibrosis is --- A finding NOT identified in boys diagnosed with Klinefelter syndrome is Women with hyperthyroidism often experience During assessment of the thyroid, a fixed, firm, non tender large mass is noted. These findings is described as A 30 year old woman is taking Dilantin for seizures. She has recent hair loss and anorexia but is craving salty food. Her labs result abnormal high cortisol level. These symptoms suggest When auscultating the enlarged thyroid with stetoscope, a bruit is suggestive of Sweat test is used to help diagnose Symptoms of underdeveloped ovaries, web-like neck and short stature are associated with Which of the following is NOT a symptoms of PCOS Show Less 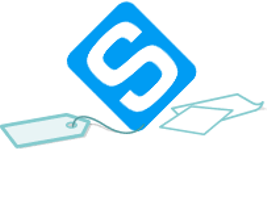