The three-field system a. allowed for increased production by reducing the amount of land that was left fallow. b. made its biggest impact in southern Europe. c. was replaced with the two-field system. d. allowed animals to graze on two-thirds of the land. • Check My Work By the thirteenth century, Italian towns a. suffered as trade routes shifted to central Europe and the North Sea. b. were unable to engage in trade because of Byzantine domination. c. suffered as trade routes shifted to northern Europe. d. acted as intermediaries facilitating trade between Europe and the eastern Mediterranean. Medieval guilds a. organized all the craftspeople of a given town into a single group. b. were organized by tradesmen to govern their own economic activities. c. were strictly business organizations, with the sole purpose of making money for their members. d. promoted competition by encouraging individual decision-making. William the Conqueror created a. a vast census of people and property. b. the division of lands into shires, or counties. c. English common law. d. the position of sheriff, a royal agent of the king. 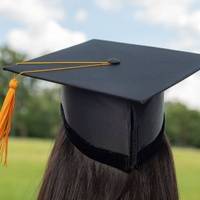