Renee is a 56-year-old female that fell about a week ago and sprained her R ankle. She states she has been taking it easy and laying around her home for most of the last week so it would heal. Yesterday she noticed that her calf was sorer than it had been, and her R foot and ankle were more swollen than they had been. She came to urgent care today because she was afraid that the injury was worse than she thought it was. The APRN orders a duplex ultrasound of the right leg. Radiology reports that the ultrasound is positive for a deep vein thrombosis. How would you manage this patient (include labs and meds)? A 26-year-old female is currently on Lovenox 80 mg subq daily. What labs should the APRN order to monitor this patient? A 64-year man is recovering from a transurethral resection of the prostate for treatment of benign prostate hyperplasia. The patient is receiving intravenous antibiotics for the urinary tract infection. The postoperative course has been smooth and the APRN is removing the 3-way Foley catheter when there is a sudden release of bright red blood with many blood clots in the Foley bag. The patient becomes hypotensive, tachycardic and the APRN notes new ecchymoses on the patient’s arms and legs. The patient was immediately transferred to the surgical intensive care unit (SICU) and a stat hematology consult was conducted. Stat CBC, d-dimer, peripheral blood smear, partial thromboplastin time, Prothrombin time/international normalization ratio (INR), and fibrinogen labs were drawn. Results were: CBC with markedly decreased platelet count, peripheral blood smear showed a decreased number of platelets and presence of large platelets and fragmented red cells (schistocytes), prothrombin time prolonged as was the partial thromboplastin time. The d-dimer was markedly elevated, and fibrinogen level was low. Based on the clinical presentation and laboratory data provided, what is your working diagnosis? A 66-year-old man is taking warfarin due to his atrial fibrillation. He noted that his gums were bleeding yesterday while eating. Today he had a coughing spell and has been spitting up bright red blood ever since. The APRN is called by the ER with the result of the INR ordered. The INR is 9.8. What is the appropriate treatment of this patient? A 64-year-old man diagnosed with a pulmonary embolism is currently on warfarin. His INR readings have been very inconsistent, and the decision is made to change his medication to Rivaroxaban (Xarelto). What dose should be initiated and how would you discontinue the warfarin? A 66-year-old man was evaluated for shortness of breath for the last three months. Diagnostic work up confirmed a pulmonary embolism. He is alert and oriented. Vital signs are stable. He is ambulatory. He has a stable home environment and good support from his wife. He is on day 2 of treatment with Lovenox 90 mg every 12 hours. The patient wants to go home. Would you discharge him? How would you manage his medications? A 26-year-old male was injured in a motorcycle crash 3 days ago. He sustained an acute subdural hematoma, acetabular fracture, and L2 fracture with spinal cord injury and resulting paralysis. He has a warm swollen right lower leg. Duplex ultrasound of the right lower leg is positive. What is the best treatment for this patient? A 45-year-old male is evaluated for complaints of severe low back and left leg pain. His MRI shows a herniated disk at L4L5. He has been recommended for a lumbar laminectomy surgery to treat the herniated disk. The patient had a cardiac stent placed 3 weeks ago and is currently on Plavix post procedure. When will the patient be able to have the lumbar surgery? The APRN is prescribing treatment for a 44-year-old male with DVT. He is currently on enoxaparin 90 mg subq every 12 hours. Warfarin is going to be used for oral therapy. What does and duration should be ordered for this patient? A 56-year-old male is taking warfarin 3 mg daily for treatment of a DVT / PE. He has his INR monitored every 4 weeks. His INR today is 3.1 and his last INR is 2.9. There have been no changes in his medications or health. What is his INR goal? How would you manage his INR today? 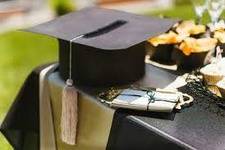