NR 507 Midterm Exam 1 – Question and Answers A 10 year old male is stung by a bee while playing in the yard. He experiences a severe allergic reaction and has to go to the ER. The nurse providing care realizes this reaction is the result of Chronic bronchitis is characterize by: A 6 year old female is diagnose with a bacterial infection of the respiratory system. Which of the following will most likely try to fight the antigen? A 52 year old male is diagnose with urinary tract obstruction. While designing the treatment plan, the nurse realizes that the patient is expected to have hydronephrosis and a decreased glomerular filtration rate caused by: Which hormone is synthesize and secreted by the kidneys to stimulate bone marrow production of red blood cells? A 4 year old male is diagnose with nephrotic syndrome. Which of the following assessment findings accompanies this condition? During which stage of human development does the role of epigenetics have the greatest impact on the development of epigenetic abnormalities? Under most circumstances, increased work of breathing results in: The renin-angiotensin system will be activate by: A nurse realizes glucose will be excrete in the urine when: The FNP is giving an example of inflammation as an etiology for cancer development. What is the best example the FNP should give? Which type of nephron determines the concentration of the urine? A 22 year old was recently diagnosed with acquire immunodeficiency syndrome (AIDS). Which decreased lab finding would be expected to accompany this virus? What type of phagocytic cell lies between the layers of the renal capillaries? A 35 year old hypertensive male begins taking a diuretic. Which of the following common side effects of this medication should the nurse monitor? The movement of blood info and out of the capillary beds of the lungs to the body tissues and cells describes the process of: Which of the following terms should the nurse use when there is a balance between outward recoil of the chest wall and inward recoil of lungs at rest? Upon examination of the male infant, it is determined that the urethral meatus is located undersurface of the penis. The nurse will document this condition as: If the FNP wants to obtain the best estimate of renal function, which test should the nurse monitor? A 54 year old male with a long history of smoking complains of excessive tiredness, shortness of breath, and overall ill feelings. Lab results reveal decreased pH, increased CO2, and normal bicarbonate ion. These findings help to confirm the diagnosis of: A 5 year old male presents with low-set ears, a fish-shaped mouth, and involuntary rapid muscular contraction. Laboratory testing reveals decreased calcium levels. Which of the following diagnosis is most likely? When the FNP is checking the urinalysis, plasma proteins should be absent from the urine because: A 55 year old female reports urinary retention. Tests reveal a lower urinary tract obstruction. Which of the following is of most concern to the nurse? The lamina propria area of the bronchioles plays a significant role in the pathogenesis of chronic bronchitis because this is where: Pulmonary function tests reveal that an 80 year old dyspneic patient has an increase in residual volume. The FNP suspects the most likely cause of the increased residual volume is ____ in lung compliance. The nurse practitioner would correctly respond that the etiology of a congenital immune deficiency is due to a: Carbon dioxide is mainly transport in the blood: The glomerular filtration rate (GFR) is directly relate to the : When considering abnormal epigenetic modifications, what factor is currently being viewed as strongly associated with the development of some cancers? Which of the following clusters of symptoms would support a child’s diagnosis of glomerulonephritis? When a staff member asks which of the following substances is actively secret by the renal tubules, what is the FNP’s best response? A client with chronic bronchitis is most likely to experience: nr 507 midterm exam An infant is experiencing hemolytic disease of the newborn. Which of the following would the nurse expect to find in the infant’s history and physical? During inspiration, muscular contraction of the diaphragm causes air to move into the lung. The mechanism that drives air movement during inspiration results is a: A 10 year old child is diagnose with glomerulonephritis. Tests reveal the deposition of immunoglobulin IgA in the glomerular capillaries. The nurse will monitor for recurrent: When the FNP discusses the glomerulus and bowman’s capsule together, it is refer to as the renal: Which of the following buffer pairs is consider the major plasma buffering system? The condition most associate with a history of seasonal and/or chronic allergies is: nr 507 midterm exam A 15 year old presents with flank pain, irritability, malaise, and fever and is diagnose with glomerulonephritis. What is the most likely cause of this condition? Treatment for asthma includes anticholinergic drugs. The mechanism of action for these medications is to: A 60 year old with a 25 year history of smoking is diagnose with emphysema. Assessment shows an increased anterior-posterior chest diameter. The nurse attributes this finding to: In a patient with acidosis, the nurse would expect the oxyhemoglobin dissociation curve to shift: Reabsorption of water in the collecting ducts requires which hormone? The descending segment of the loop of Henle primarily allows for: nr 507 midterm exam A 30 year old male was diagnose with HIV. Which of the following treatments would be most effective? Where does the majority of sodium reabsorption take place? When discussing the functional unit of the kidney, what term should the FNP use? What characteristic of Prader-Willi syndrome is not a characteristic of angelman syndrome? 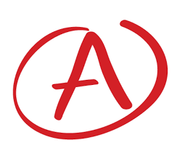